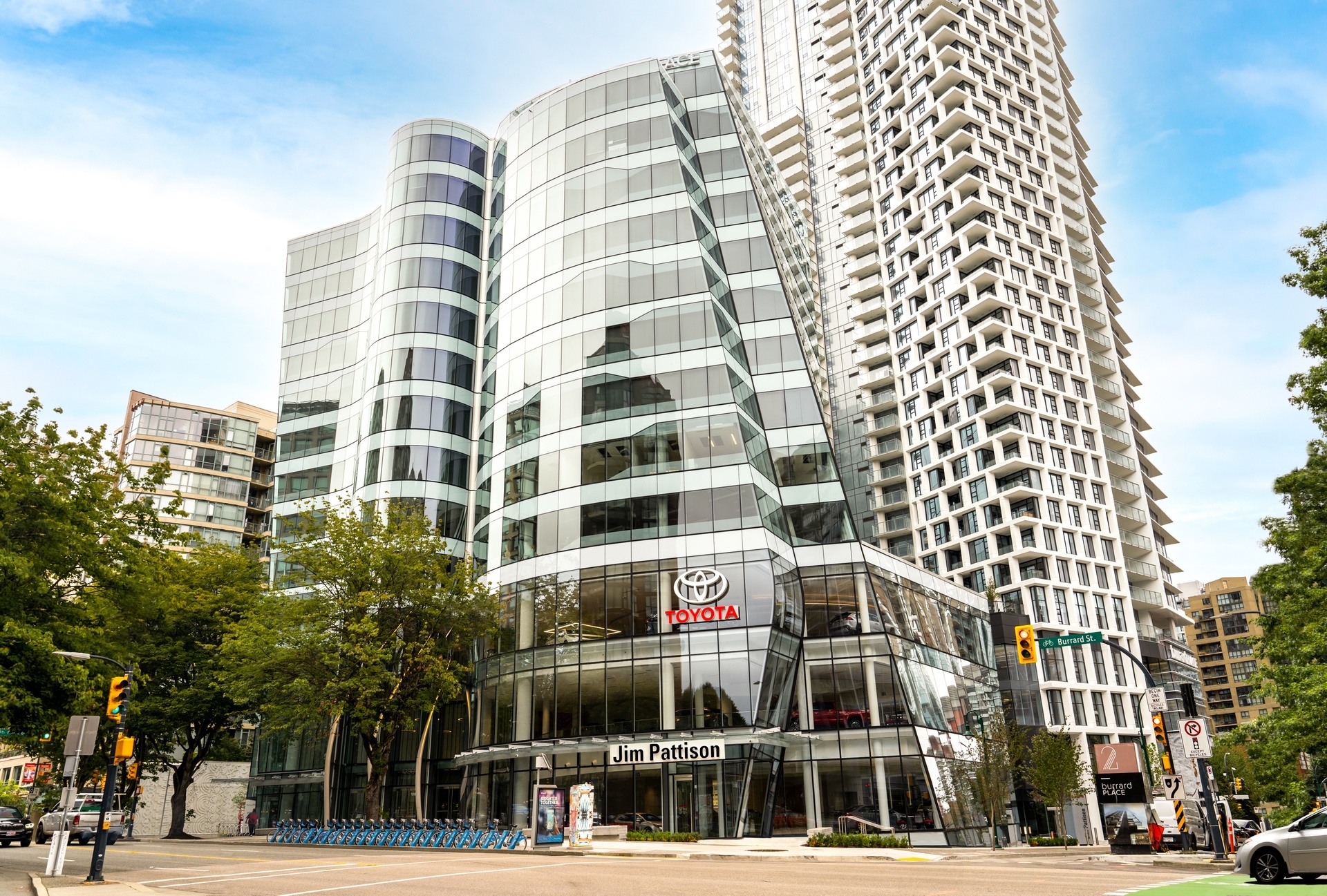 Uniquely designed to be part of a new office and residential tower complex, Jim Pattison Toyota Downtown is the only full-line dealership located within the downtown core.

The new facility aims to provide a first-class experience, starting with a valet parking service for all sales customers.

The new facility’s three-level glass showroom beams with natural light to help showcase up to 40 vehicles, and customers can expect to see Toyota’s full line-up of vehicles, including the made-in-Canada RAV4 as well as Canada’s most popular and proven lineup of electrified vehicles.

With four detail and 15 service bays, customers will be greeted in a drive-thru service reception area. While waiting for service to be completed, customers can relax in beautifully designed lounges with refreshment stations, comfortable seating, television screens, and access to wi-fi.

The Jim Pattison Group is proud to be a significant donor to hospitals throughout British Columbia.

Toyota Canada Inc. (TCI) is the exclusive Canadian distributor of Toyota and Lexus vehicles. Toyota has sold over six million vehicles in Canada through a national network of 287 Toyota and Lexus dealerships. Toyota is dedicated to bringing safety, quality, dependability and reliability to the vehicles Canadians drive and the service they receive. TCI’s head office is in Toronto, with regional offices in Vancouver, Calgary, Montreal and Halifax, and parts distribution centres in Clarington and Vancouver. Toyota also operates two manufacturing facilities in Canada. Having produced more than nine million vehicles, popular Canadian models built at these facilities include Toyota RAV4, Toyota RAV4 Hybrid, Lexus RX 350, RX 350h, RX 500h, as well as Lexus NX 250, NX 350 and NX 350h. The company has sold more than 19 million electrified vehicles worldwide and is the number one seller of electrified vehicles in Canada